We arrived in Fez expecting, like cliche western tourists, to find a third world city. Reports from friends and guidebooks describing Fez as “traditional” “rustic” or “less developed” prove false. In general Fez appears as progressive as the city of Rabat which stole its capital title.

The train station of Fez is modern, it even features a solar-powered gadget charging station (London take note). What gives Fez this reputation is it’s outstanding Medina. The largest car-free urban area in the world, the Medina covers a huge radius and is accessible only by foot or donkey.

The lack of cars does not by any means make Fez backwards. Even affordable Hotels like Dar Hafsa, where we stayed, had wifi and all mod-cons while being stunningly traditional in design and hospitality. Fez is the perfect opportunity to discover the delights of traditional Moroccan culture with the comforts of home. The medina streets are a labyrinth of paths and narrow alleyways. We opted for a guide to show us around and honestly couldn’t have managed without him!

Walking through the maze of streets we passed heartbreakingly malnourished kittens, saw locals gathered to watch football matches, street food vendors and various historical places of interest. Home to one of the oldest universities in the world, Fez has many landmarks which contribute to it’s history of academia. 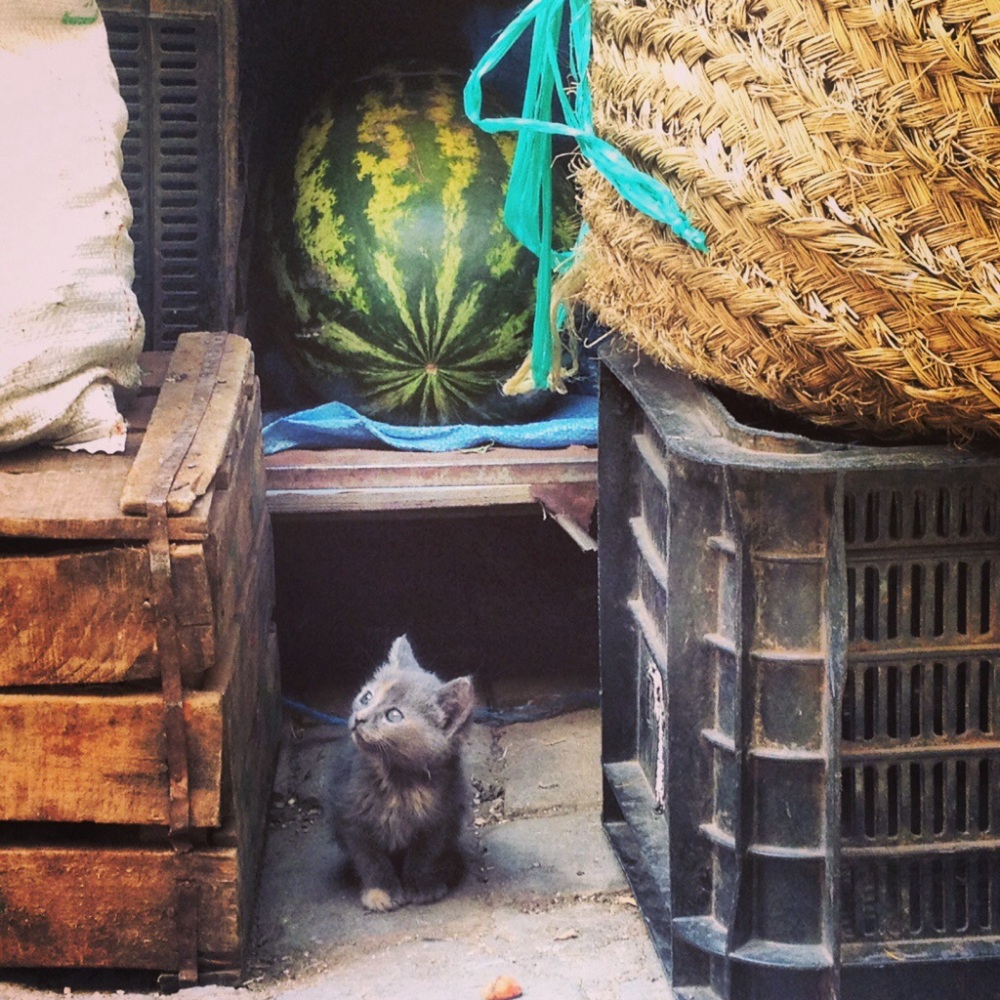 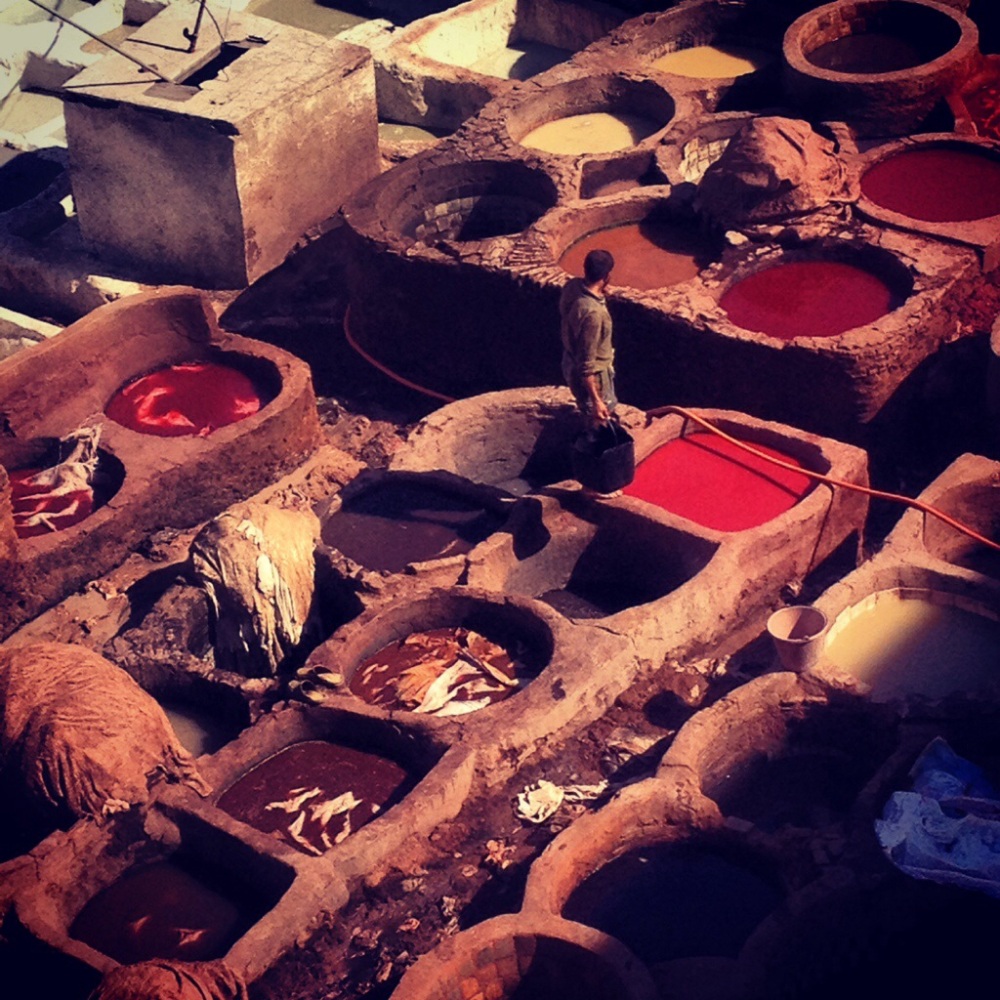 Fez is also known as the craft capital of Morocco, and the traditional leather tanneries are a must-see, and unfortunately, a must-smell. Tourists will be given mint leaves to sniff, and I suggest you take them, as the tanneries still use a traditional mixture of cow urine and pigeon poop to soak the hides in. Your guide will no doubt then take you to particular leather stores and craft shops for ceramics, metal works and woven goods. Naturally, the guides have arrangements with certain stores and you will feel pressured to buy. The shopkeepers in Fez, however, are far less aggressive than their counterparts in Marrakesh and a refusal to buy will not be met with abuse. We were advised to refuse invitations into anyone’s home out of security, and although we received offers from both our guide and various shopkeepers we declined all invitations, and will therefore never know if they were well meant or not. 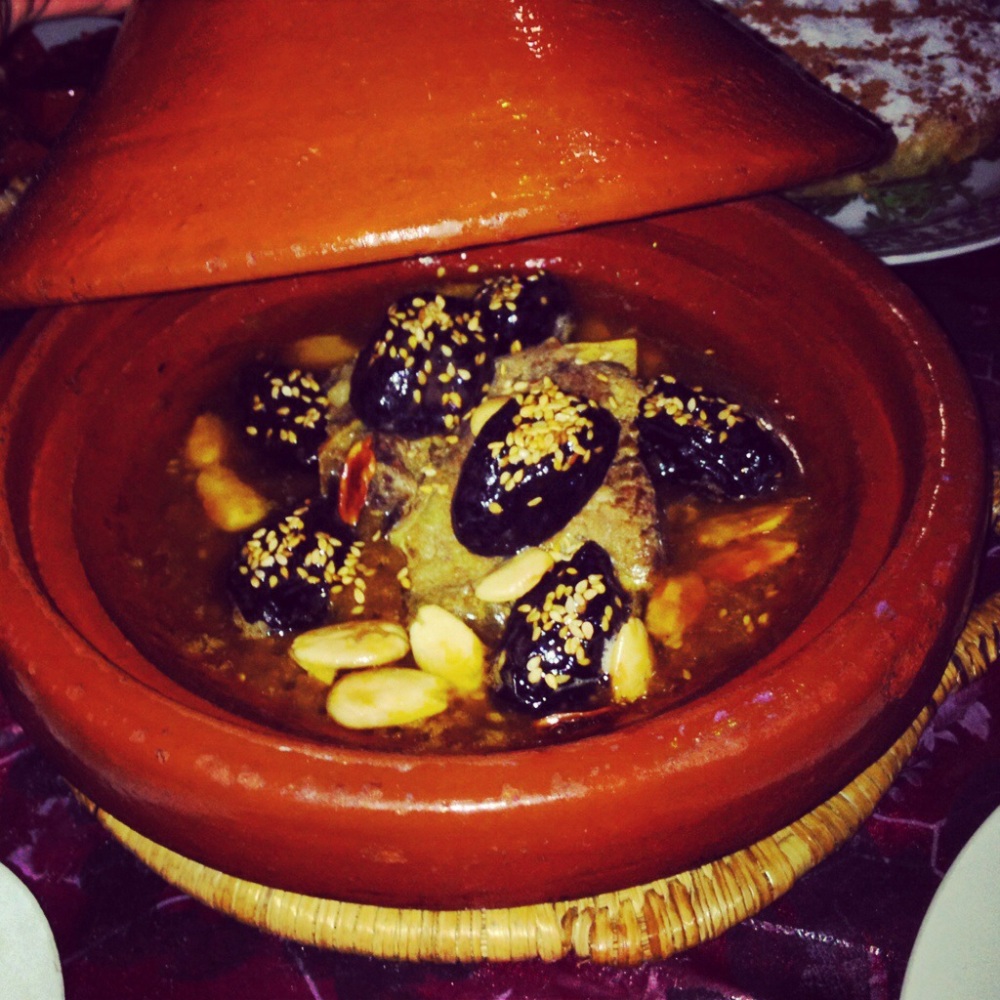 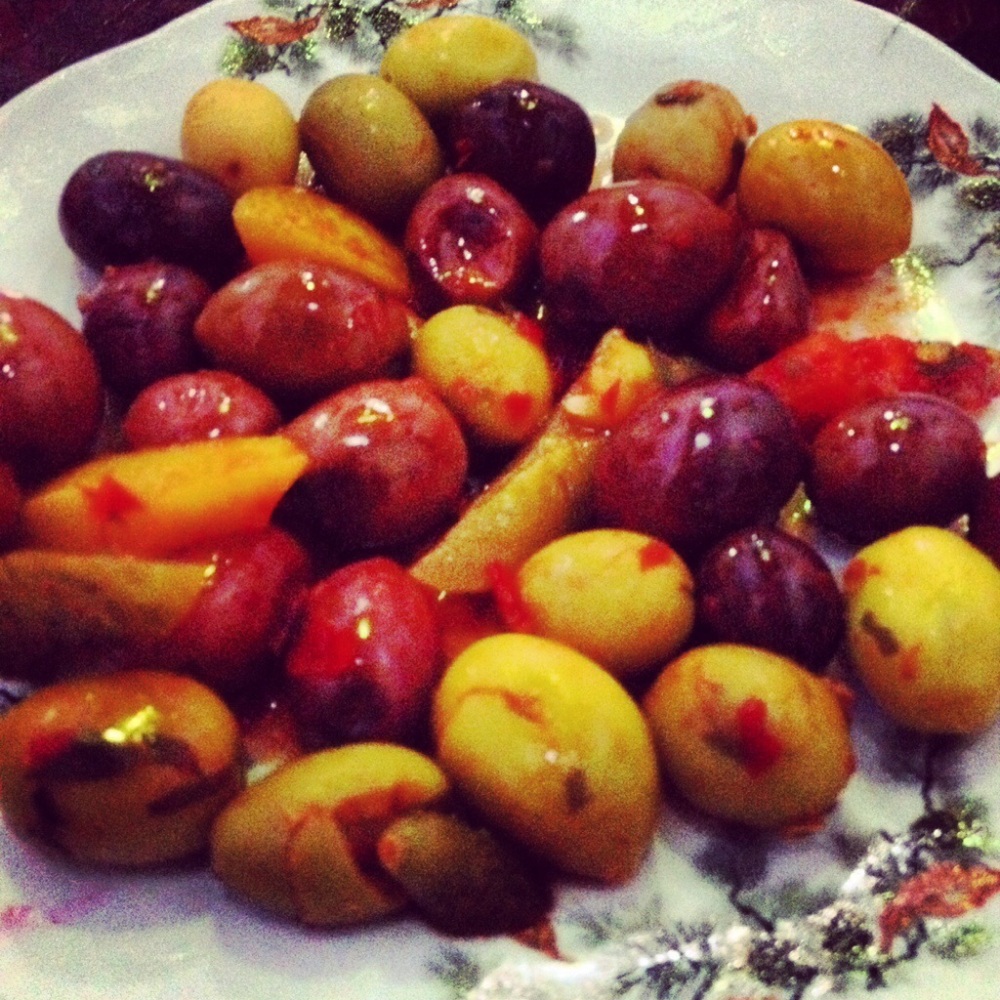 Our helpful host at Dar Hafsa arranged with our guide for our tour to end at a local restaurant. During this very long feast we tried (amongst many dishes) a lemon chicken tagine, a lamb, almond and prune tagine (the best) and a pigeon pastille. The pigeon pastille (chicken in pastry) is the local speciality of Fez, but was too sweet for my liking. Moroccans are generally very hospitable and we found our hosts in both Fez and Rabat extremely helpful. Shoppers would be advised to seek a rough estimate of prices from their hotel concierge or Riad host before trying to buy in markets where there are no price tags. Market food, however, is a must try, fill a box of honey-drenched sweets, pastries, and nuts for your onward journey – just watch out for the bees! 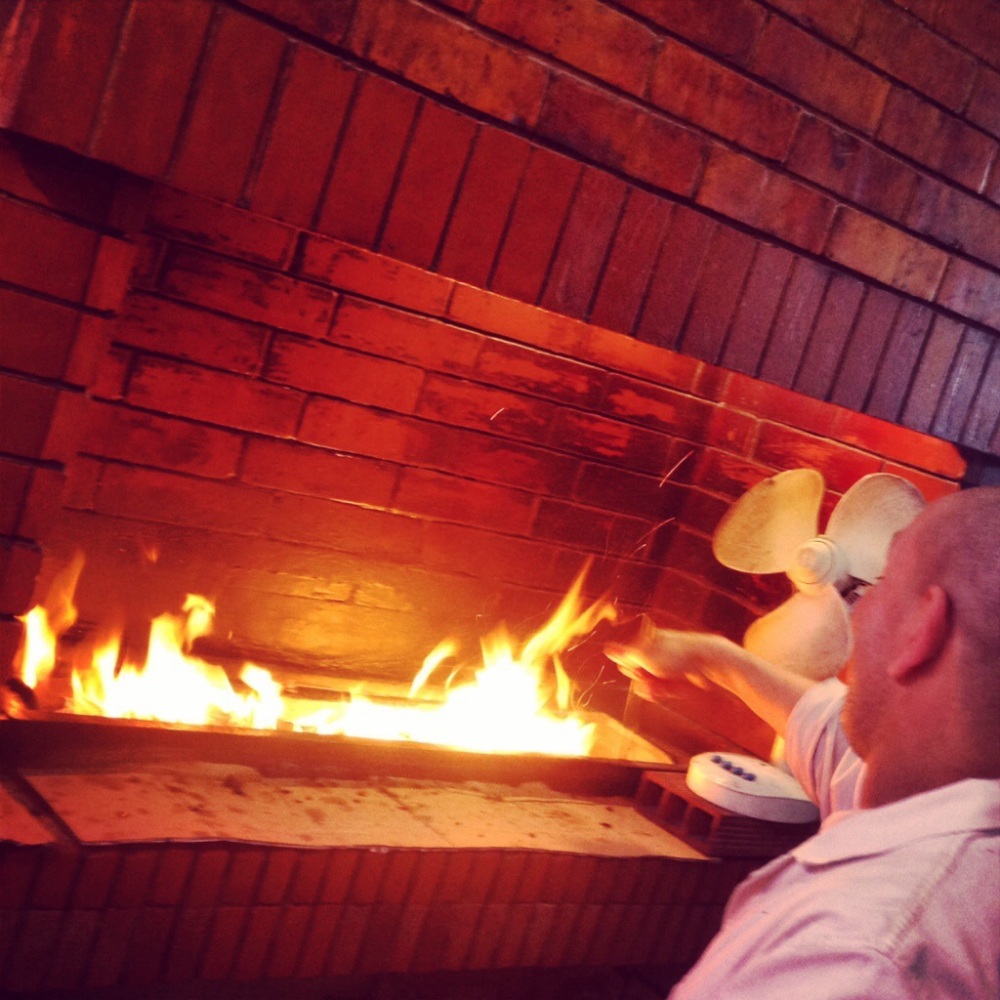 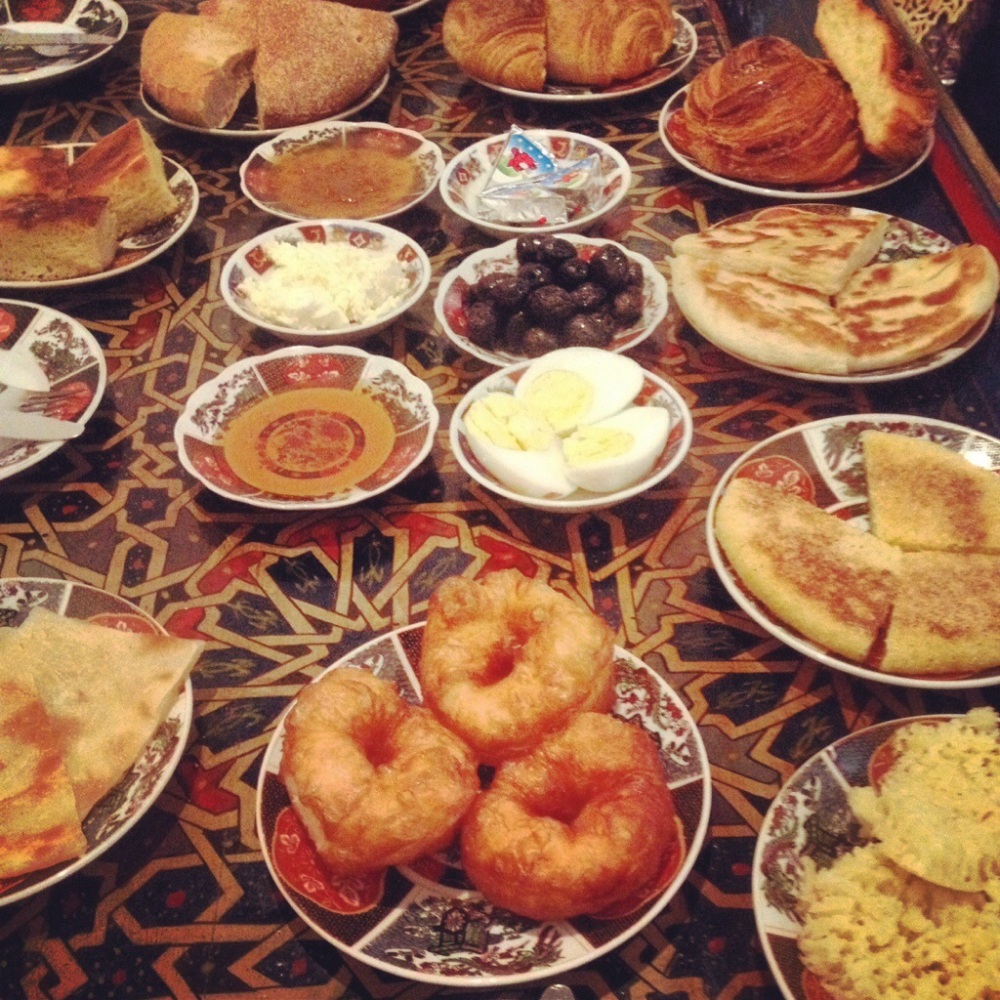 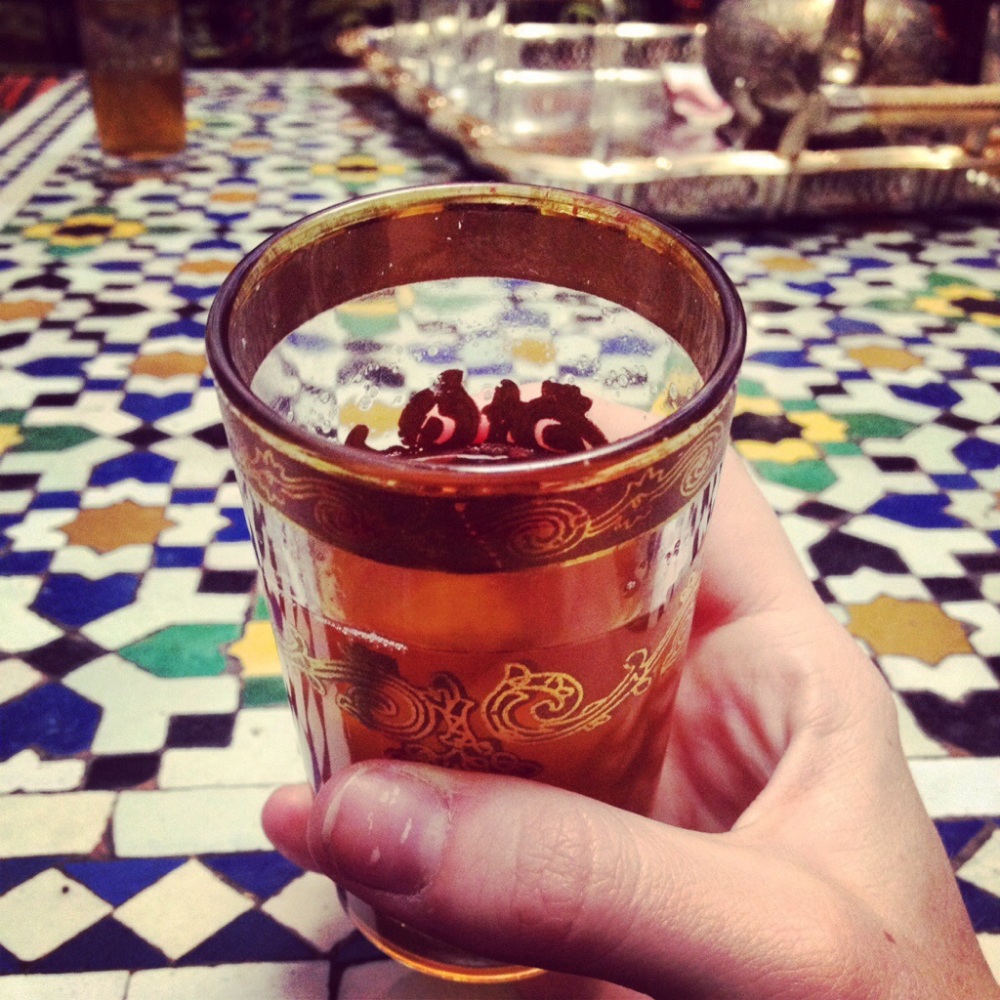