I’m about three years too late to London’s hot dog craze. The humble sausage has since been replaced by sliders, steam buns, Five Guys, fried chicken, Asian fried chicken, raw food, kale, quinoa, fried chicken again and oh so many other short lived trends. I’ll admit when hot dog mania was at it’s peak I just couldn’t fathom the idea of standing in line for low quality pork meat badly matched with champagne. That to me did not seem like either the American or German dream. This week when I finally tried one of London’s most popular hot dog restaurants I was already in the mood to be disappointed and cynical. Herman ze German confirmed my suspicions that the hot dog trend had been overhyped. It was a lovely rainy June day at lunch time, I chose a bratwurst from the specials list. I’ll admit my pronunciation was flawed, but even after pointing to the item on the menu list the cashier struggled to grasp what I wanted to order. Some ten minutes later I sat down and waited apprehensively to see what might arrive. Luckily the correct sausage arrived, a bratwurst in a bun with fried onions, cheese, chilli fries, mayonnaise and curry sauce. For £6.50 it was an okay lunch, but it was nothing on the €1 hot dogs I’ve had in underground train stations in Berlin, not even as good as a sausage from the faux German village at Winter Wonderland. It would seem I’ve done myself a favour by skipping this fad, I’ll wait for New York or Germany for my next hot dog experience. 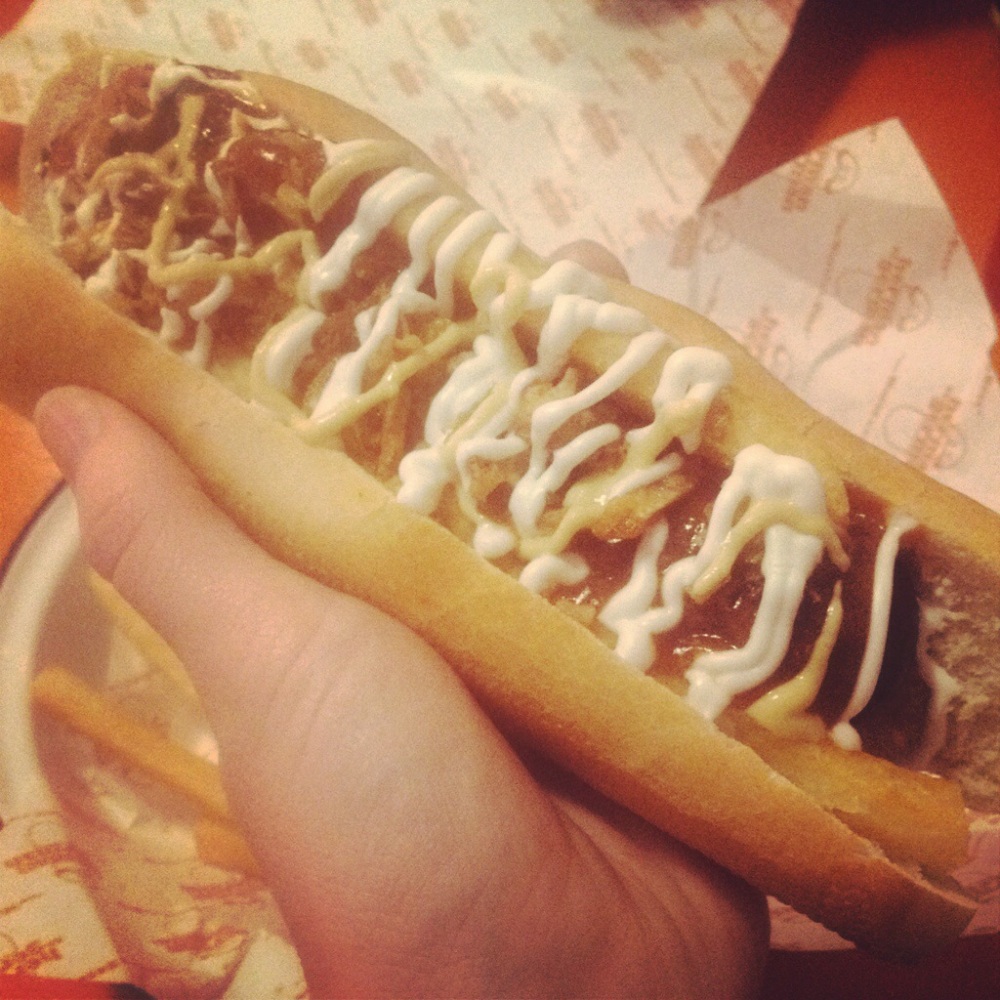