Auckland is awash with new bars, pop-ups, cafes and restaurants. The development of Britomart for the Rugby World Cup in 2011 and the make-over of old favourite Ponsonby means the Auckland night-life is no longer something of an embarrassment when one has international visitors. It’s two years since I’ve been back to the city I call home and I was full of snobbish London superiority, but I was knocked down to size after visits to a number of new (or new to me) eateries in New Zealand’s capital.

A visit to Auckland’s North Shore introduced me to the Takapuna Beach Cafe and Store. This beachside cafe’s best point is of course location, location, location. The coffee is great and the menu nicely done standard kiwi cafe fare. It’s The Store part of this location that really excels, selling gourmet ice creams in a variety of exotic (for New Zealand) flavours such as PB&J.

Further out in the suburbs is a surprise new addition to the once barren Mt Albert cafe scene: L’Oeuf, which has a calming plant filled interior and the best dulce de leche broughnuts (Brioche doughnuts) I have ever encountered.

For Cocktails both Britomart and Ponsonby offer a number of exciting new additions. I was told by numerous people about the Sky Tower’s new Sugar Club but couldn’t secure a booking. Instead we tried Bedford and Soda, who not surprisingly make their own soda concoctions, but even better they make alcoholic milkshake extravaganzas. It’s a wonderfully hipster-type place worthy of Shoreditch, with lots of young bearded waiters wearing Hawaiian shirts.

For those on a budget Barilla dumplings continues to grow in popularity at almost the same rate as Auckland house prices. This budget dumpling house ($12 for 20 dumplings) on Dominion Road is so popular the lines weren’t even diminished when it was named by The NZ Herald as one of the countries dirtiest eating establishments.

There’s one location that’s extremely hard to get a reservation for and it’s called Mum & Dad’s Home Kitchen. There’s nothing like classic kiwi dishes and fresh seafood made at home. Kiwis don’t really need to eat out when they are blessed with large kitchens and a sea full of delicious foods…

Below from our home kitchen: Passion fruit and Lemoncello trifle & Paella with NZ Green lipped mussels. 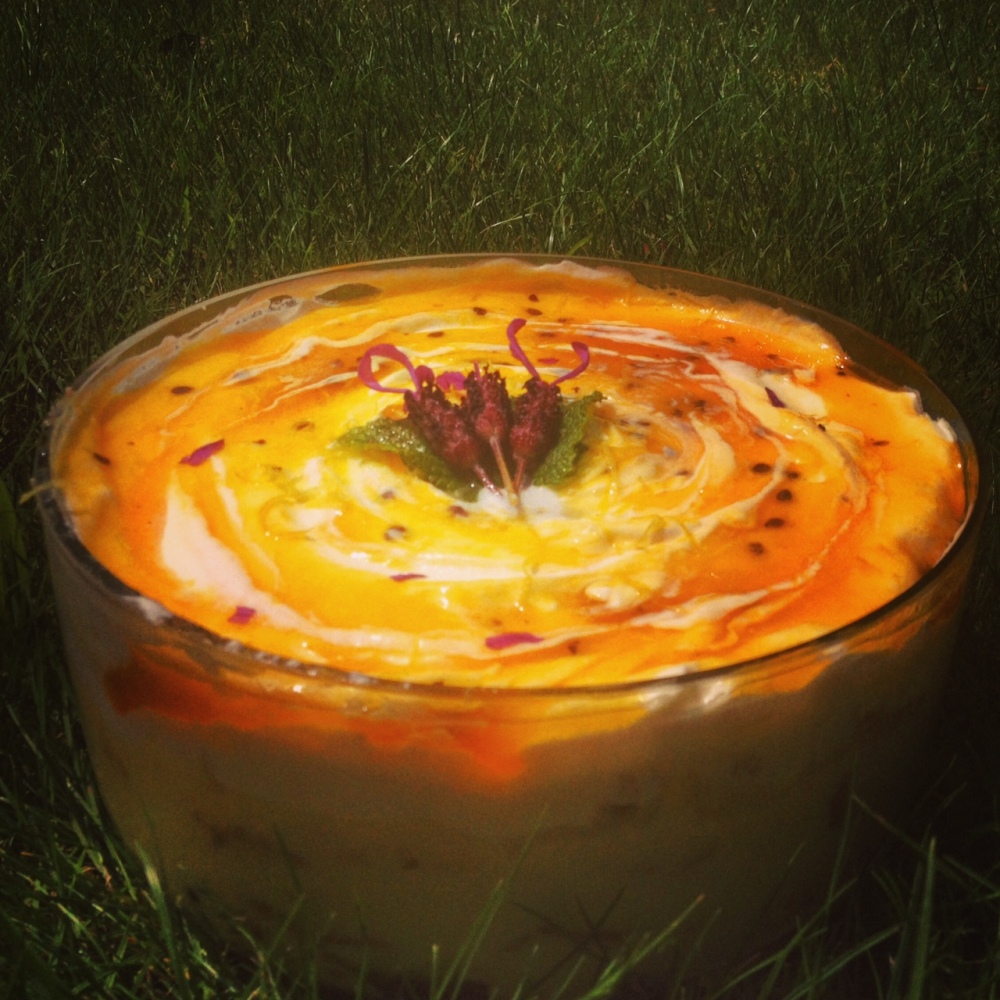