Shoreditch is being gentrified and the latest chain brand arrival to the area is Wahaca (as if the poor curry house touts needed more competition!). Thankfully this popular mexican eatery has disguised itself as a hipster pop-up or “residency” in The Old Truman Brewery and is now known as DF Mexico. The menu is similar to that of most Wahaca chains, but this location is for the hipster that loves Five Guys, Bubble Dogs, The Breakfast Club and everything mundane about American dining (burger joints and hot dog restaurants do not generate queues in The States believe me) . For these Americano aficionados DF Mexico introduces the exotic, novel option of self service unlimited soft drinks (get out your iPhones and have Instagram at the ready!)

Last Thursday I became one of the first visitors on opening night and was lucky enough to avoid the queues that will inevitably come over the next few weeks (the reason for this emptyness being  that they were turning people away due to some plumbing issues). Despite this glitch, or perhaps because of it, service was exceptionally fast, with our tortilla chips and guacamole arriving at the same time as our mains  – just minutes after we ordered them on the novel little self service touch screen. 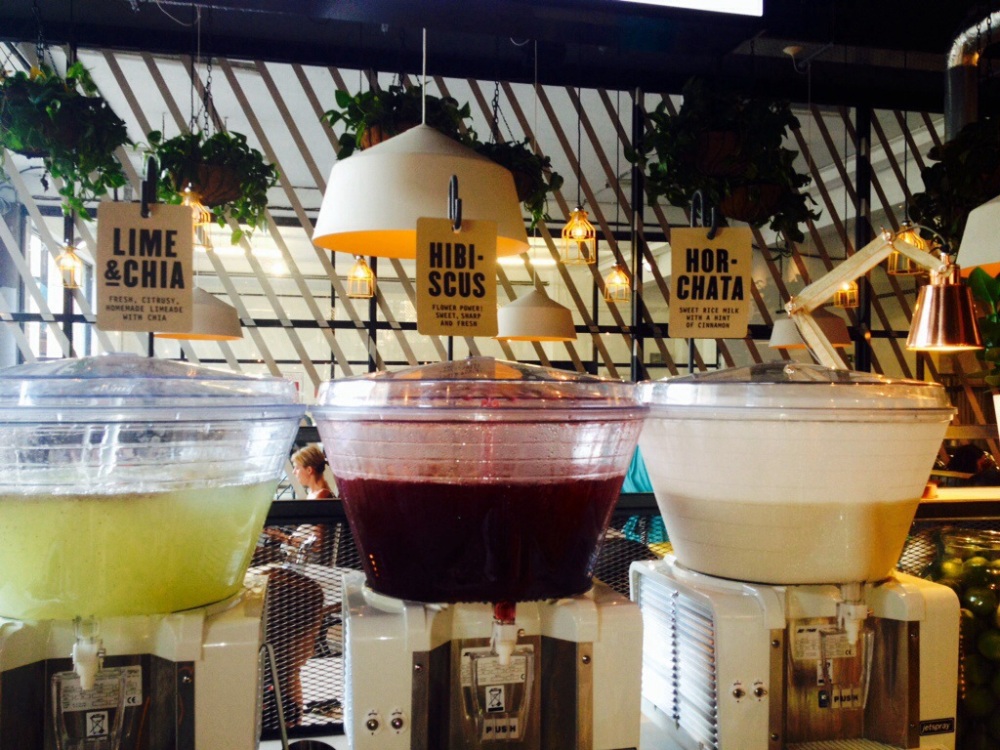 The mains were standard Tex Mex  fare, burritos and tacos with margaritas (mine a passionfruit version). Being a fan of mexican food I mean no criticism by saying this was simple, where flavour is good there’s no need to shrink the serving into tiny posh versions and put celeriac on it and a artisanal smudge of sauce. But where flavour is good there’s no need to overcharge and make a fuss for it either. I must say, my dining experience at Mexico, with a bonified El Paso Texan, made me slightly embarrassed for Londoner’s and their current American obsession. I hope that this branch can sustain the steady popularity of a normal Wahaca without too much fan fair – I’d go again to DF Mexico for easy, delicious food, but I certainly won’t be queuing for it. 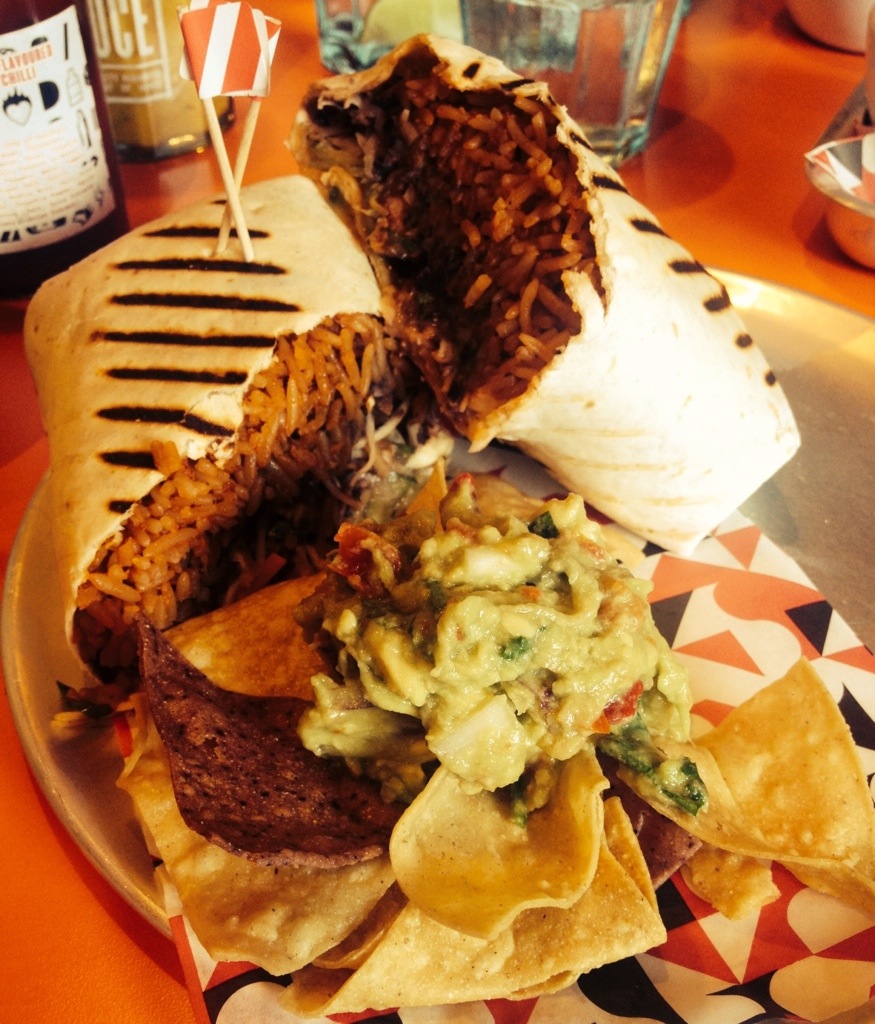