London is a city of history and secrets, and I used to walk past one of those secrets every day. Just off The Strand is the unassuming Aldwych station, closed to visitors except for a lucky few. This “abandoned” tube station is actually in heavy use for filming, but on a few dates a year it opens to visitors.

You might ask – What’s so exciting about a tube station? Aldwych station has a huge amount of history. As one of the oldest tube stops the station has a beautifully designed interior. It was originally named “Strand” and was closed because it became useless with the opening of other nearby stations.

During the war the station was used as an air raid shelter and housed hundreds of men, women and children. It was also used to store precious artefacts from London’s museums during this war. Visitors can walk down unfished disused tunnels, it’s eerie to say the least, and the emptiest you’ll ever see a London train station. 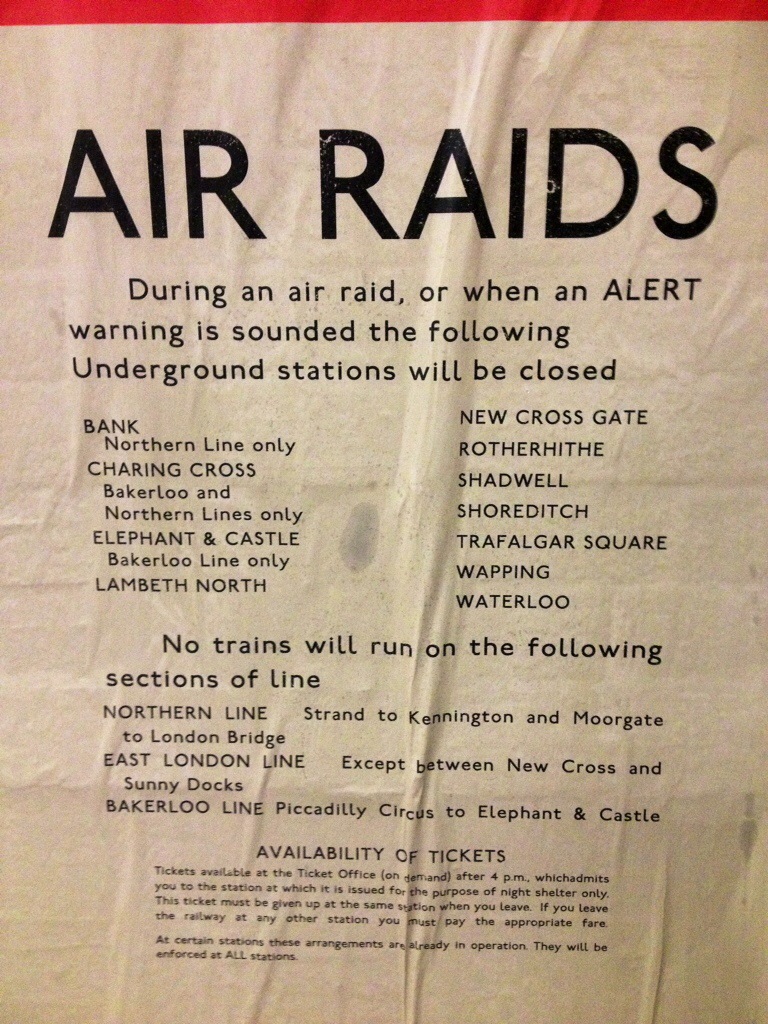 On the platforms architects have experimented with various tile patterns and decorative features, testing them out before implementing them at other stations. Test your commuter knowledge and see how many patterns you recognise from London stations. Tours are run by the London Transport Museum when the schedule of filming allows, so keep your eyes peeled for this alternative look at London history.